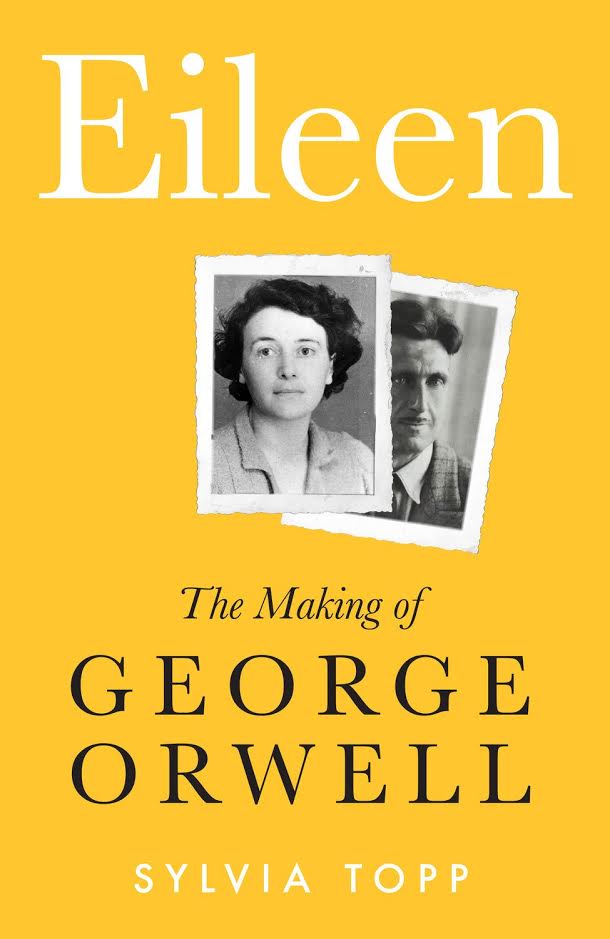 Eileen: The Making of George Orwell by Sylvia Topp

Today I am delighted to be hosting the final day of the blog tour for Eileen: the Making of George Orwell by Sylvia Topp.

In 1934, Eileen O’Shaughnessy’s futuristic poem, ‘End of the Century, 1984’, was published.  the next year, she would meet George Orwell, then known as Eric Blair, at a party.  ‘Now that is the kind of girl I would like to marry!’ he remarked that night.  Years later, Orwell would name his greatest work, Nineteen Eighty-Four, in homage to the memory of Eileen, the woman who shaped hislife and his art in ways that have never been acknowledged by history, until now.

From the time they spent in a tiny village tending goats and chickens, through the Spanish Civil War, to the couple’s narrow escape from the destruction of their London flat during a German bombing raid, and their adoption of a baby boy, Eileen is the first account of the Blair’s nine-year marriage.  It is also a vivid picture of bohemianism, political engagement, and sexual freedom in the 1930s and ’40s.

Through impressive depth of research, illustrated throughout with photos and images from the time, this captivating and inspiring biography offers a completely new perspective on Orwell himself, and most importantly tells the life story of an exceptional woman who has been unjustly overlooked.

Sunday just gone (March 8th) was International Women’s Day.  It’s a day we mark at the Senior School where I currently spend my working day as their Librarian.  We do this to continue to bring awareness to the struggle past and present for equal rights for women and the freedom to live a life free from harm and oppression.  We also do it to show the contribution that women and girls make to our world in the hope that it will inspire ALL of our pupils that they too can achieve their own hopes and ambitions. We have come so far in so many ways.

For my part, I like to put together a small exhibition in the Library celebrating inspiring women.  I find the curating incredibly interesting and always make new discoveries that have inspiring stories to share.  Therefore when I was invited to take part in this blog tour I was intrigued.  I had, of course, heard of George Orwell, have some of his books and even today continue to feel the influence he has had on literature.  There is of course no arguing of his reputation as a writer but we all have our influences and I was intrgued to know more about his.

When I search for information on Orwell, there is little mention of Eileen.  Indeed when I searched even the Encyclopaedia Britannica it made no mention of his first wife at all.  She has, it seems remained very much in the shadows.  Until now that it.

Sylvia Topp has written an absolutely fascinating biography of the woman to whom Orwell was married for nine years and who was inwardly devastated when she died at suvh a young age.  She was his support and helped him to become the best he could be at his craft.  Wife, encourager and yet brilliant in her own right, it is easy to see the impact she had on his life and his writing.  To have her light and contribution to this world remain hidden is unthinkable and so I do urge you to read this book.  Not only is this a story about an incredibly inspiring woman but it also adds a completely fresh and new insight into the life of one of our most famous authors and the time in which they lived. It is also an interesting and new insight into the war years and living on the home front.

Brilliantly costructed, with indepth research this is a very readable biography.  In it Syliva does state that Eileen ‘cannot be described as a feminist’ and I can’t say for sure if I agree with that statement.  Yes, Orwell’s writing came above anything and perhaps if she has put herself first then she too would be a much celebrated author, but she obviously saw something in her husband, a greatness that could be nutured and perhaps it was together that these great works of fiction were created.  Finally, 75 years after her death a book has been written to acknowledge the extraordinary and sadly short life she led.

Many thanks to Ann Cater for inviting me to take part in this blog tour and for arranging my review copy.  This was a wonderfully informative and interesting biography and one I would heartily recommend.  I amd now inspired to revisit my copy of Nineteen Eighty Four.

The poem written by Eileen that inspired the novel can be found here.

Eileen: The Making of George Orwell has been published by Unbound and should be available to buy or order from all good bookshops.  Here’s the link to Hive.co.uk 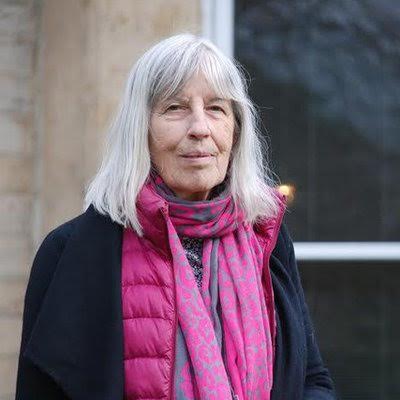 Sylvia Topp is the author of numerous essays, including ‘Hidden Husbands’ and ‘You Can’t Get to Barnhill from Here’. Eileen is her first book.  Sylvia worked in publishing since college, and was on the staff at The Soho Weekly News and later the Village Voice, before finishing her career at vanity Fair.  Her late husband, Tuli Kupferberg, was a Beat poet and co-founder of rock band the Fugs.  Together they wrote, edited and designed over thirty books and magazines.  Sylvia lives in Kingston, Ontario. 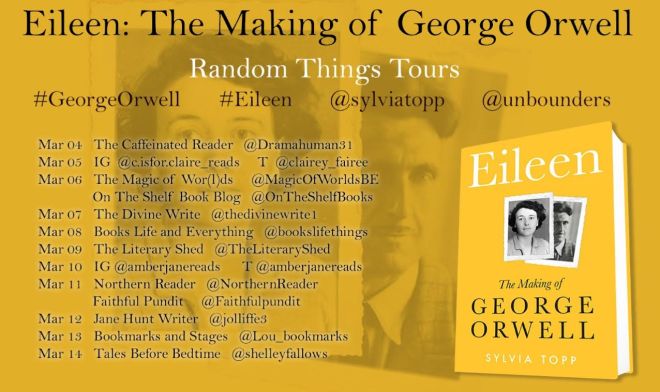