A Famished Heart by Nicola White

Today I am delighted to be hosting the blog tour for the thrilling A Famished Heart by Nicola White.

THEY DID IT TO THEMSELVES
BUT SOMEONE WAS WATCHING

The Macnamara sisters hadn’t been seen for months before anyone noticed. It was Father Timoney who finally broke down the door, who saw what had become of them. Berenice was sitting in her armchair, surrounded by religious tracts. Rosaleen had crawled under her own bed, her face frozen in terror.

Both had starved themselves to death.

Francesca Macnamara returns to Dublin after decades in the US, to find her family in ruins. Meanwhile, Detectives Vincent Swan and Gina Considine are convinced that there is more to the deaths than suicide. Because what little evidence there is, shows that someone was watching the sisters die…

This was a riveting read that had me gripped from the start.  An eerie opening that perfectly sets the tone of this dark, twisting thriller.

A Famished Heart is a very unusual read.  There have been two deaths that appear to be self-inflicted, two devout  women who have appeared the starve themselves to death.  The sad fact that goes unnoticed for some weeks until the local priest discovers the emaciated body of one of the sisters sitting a chair.  The other is later discovered hiding beneath her bed, apparently cowering from some unobvious horror.  However there appears to be no evidence of any wrongdoing and the case is seen as a sad lack if neglect.  But there is an evil lurking that refuses to stay hidden and events begin to unfold.  Brilliantly  plotted with an excellent pace, this is a superbly constructed thriller that had me coming to the wrong conclusion on more than one occasion. Thoroughly recommended.

Many thanks to Rachel Nobilo of Viper Books for inviting me to take part in this blog tour and for my review copy. 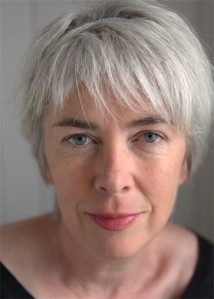 Nicola White won the Scottish Book Trust New Writer Award in 2008 and in 2012 was Leverhulme Writer in Residence at Edinburgh University. The Rosary Garden won the Dundee International Book Prize, was shortlisted for the McIlvanney Prize, and selected as one of the four best debuts by Val McDermid at Harrogate. She grew up in Dublin and New York, and now lives in the Scottish Highlands.