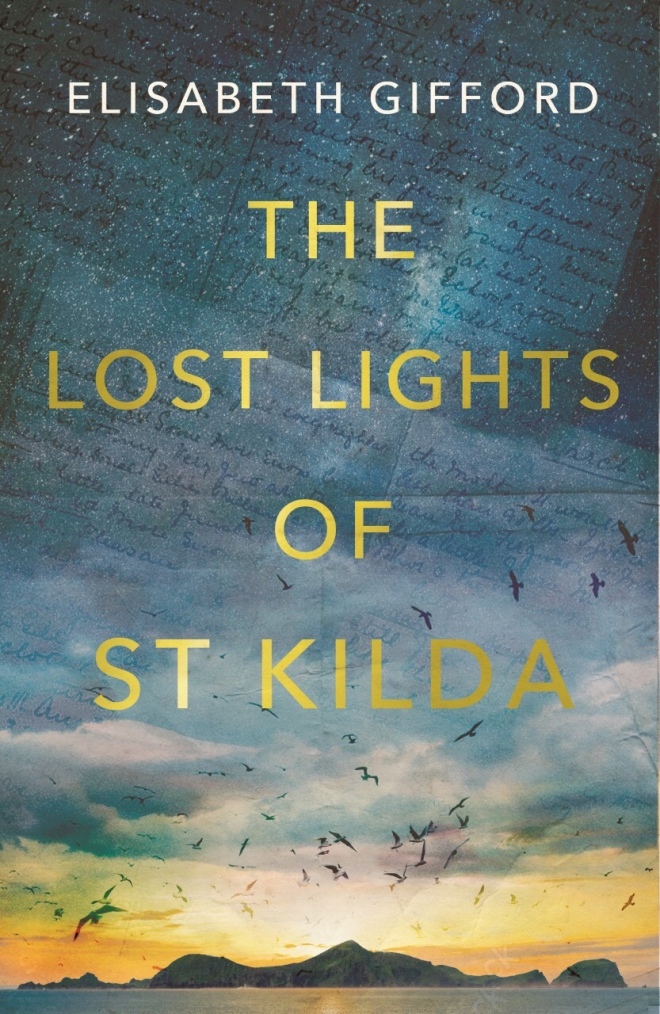 The Lost Lights of St Kilda by Elisabeth Gifford

Today I am delighted to be hosting the blog tour for The Lost Lights of St Kilda by Elisabeth Gifford with an extract from the novel.

A sweeping novel set on the Scottish island of St Kilda, following the last community to live there before it was evacuated in 1930.

When Fred Lawson takes a summer job on St Kilda in 1927, little does he realise that he has joined the last community to ever live on that desolate, isolated island. Only three years later, St Kilda will be evacuated, the islanders near-dead from starvation. But for Fred, that summer is the bedrock of his whole life…

Chrissie Gillies is just nineteen when the researchers come to St Kilda. Hired as their cook, she can’t believe they would ever notice her, sophisticated and educated as they are. But she soon develops a cautious friendship with Fred, a friendship that cannot be allowed to develop into anything more… 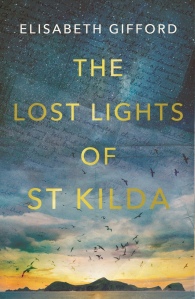 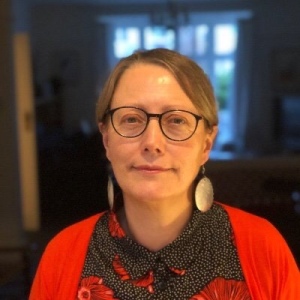 Elisabeth Gifford grew up in a vicarage in the industrial Midlands. She studied French literature and world religions at Leeds University. Her bestselling novel, Secrets of the Sea House, was shortlisted for the Historical Writers’ Association’s Debut Crown for Best First Historical Novel in 2014. She is married with three children, and lives in Kingston upon Thames.

Here is the extract…

My mother says I am her whole world, and she is mine, but all the same I would still like to know at least the name of my father.

This much I know: that I was born on an island far from here, a place called St Kilda, although we left there before I could form any useful memories, so the island is doubly lost to me. My mother doesn’t like to talk about St Kilda. ‘There’s no use in looking back, Rachel Anne,’ she says. ‘This is our life now and we must make the best of it.’

I was not much more than two years old when some thirty of us left the island. We had lived together all our lives in one village, sharing what little we had, but after the evacuation we were scattered across the mainland. It wasn’t long before many of the old ones and the children faded away from TB or from broken hearts, among them my grandmother. So now the loss of the island and our dear ones is too great for my mother to brook any questions from me.

But everything is different since Hitler turned the world upside down. Since many of the men from round here have gone to join the 51st Highland Division, my mother goes off early each morning to manage the dairy on Brockett’s farm. She herds the cows into the yard with a stout stick tall as herself, calmly counting them in. She knows their names, sets up the milking parlour and sees to the milk churns. When I went over with her on the first day, Mr Brockett to make sure she knew enough about the beasts. ‘You don’t need to worry,’ she’d told him. ‘On St Kilda, we used to walk miles each day to tend the cows. Wasn’t I raised on a croft where every stalk of barley had to be wrested from the weather?’

‘Aye, and you’d had to leave there for want of food. Well, we’ll give you a trial, Mrs Gillies, see how things go.’

By the end of the week she’s laughing about how he’s so keen for her to stay on. ‘“Never seen the cows give so much milk,”’ she says, imitating his Morvern accent. ‘“What do you do, Mrs Gillies, to make such a difference?” What does he think?’ she says. ‘I know them each by name. And all of them different.’

So with Mother away I am left here alone through the long summer days, instructed to practise my piano pieces. It was my mother who first taught me to play, my hands on hers, walking me over tunes she brought back from the island. She learned by ear and she thinks it a great thing that I am learning to read sheet music at school, taking the grade exams and so on. But there’s only so long you can play a piano in a day and so it is that I have taken to searching through the house for a scrap of information on my father, growing bolder in my search each day, until I stand on the threshold of her silent room. I walk in on the balls of my feet, as if she might hear me away on Brockett’s farm, gently slide open sleeping drawers, turning over her folded clothes and linens.

Finally, I find something, hidden between the layers of an old rough blanket in her kist from the island. Pictures of antiquelooking people in long, full-skirted dresses and men in flat woollen bonnets and thick mufflers, standing in front of a row of cottages – my grandparents and aunts and uncles from before the island was emptied. I think I may have seen these pictures before. I recognize my grandmother Rachel Òg, who came with us to this house. By her side, a man who must be my grandfather. I know well my mother’s stories, how he was famous for his skills in dancing sideways across the faces of the highest cliffs in Europe, his brother above holding the rope firm as my grandfather caught the fulmars and gannets whose feathers and meat kept the islanders alive. In the photograph, he stands solidly next to my grandmother. I memorize each detail and put them back, but as I smooth down the blankets, I feel something else tucked away at the end, an empty cocoa tin gritty with spots of brown rust. When I shake it, something light and muffled moves inside. I twist off the lid. It’s not been opened in a long while, the lid sealed with rust and damp. Inside, wrapped in a piece of pale ginger tweed and curved around in the shape of the tin, there’s another photo. I’ve never seen this picture before. It’s grey rather than the sepia of my grandparents’ photo, a blurred snap of two young men, arms around each other’s shoulders. Not island men, but visitors. They’re sitting on a hillside, the breeze ruffling their hair, a dog alert and panting by the side of one of them. I sit back, wanting to glean every detail, for I know with a conviction, feel it in my bones, that one of these men must be my father. I’m the spit of my mother, with dark hair and blue eyes, but all the same I’m disappointed that neither of them look anything like me. The conviction remains, however. Why would she have kept this, hidden it away, if it didn’t mean something?

But the one person who can tell me is the one person I can never ask. The afternoon is fading. She’ll be back soon. My hands, like quick little liars, hurry to put everything away.

Desperate as I am, it’s hard not to blurt out questions when she comes home. The ticking of the clock above the fire, the calls of the birds outside, grow louder and louder as she moves about the kitchen, saying little other than to ask about my day. More than ever, I want my mother to tell me about Hirta and the other little islands that…

I hope you enjoyed this enticing snippet from the book. The blog tour continues throughout March so do follow the hashtag for more reviews and news about #TheLostLightsOfStKilda. I, for one, can’t wait to read more!