Today I am delighted to take part in the blog tour for Followers by Megan Angelo.

1984 for the Instagram generation, the debut novel from former Glamour contributing editor Megan Angelo is perfect for fans of Black Mirror.

205.  Marlow and her mother, Floss, have been handpicked to live their lives on camera, in the closed community of Constellation.

Unlike her mother, who adores the spotlight, Marlow hates having her every move judges by a national audience.  But she isn’t brave enough to escape until she discovers a shattering secret about her birth. 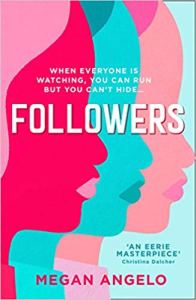 Wow, this was an incredibly thought provoking read and a very accomplished debut. It touches on so many aspects of modern life that should cause concern. A brilliantly, tense and atmospheric novel that taps into the heart of life today and a terrifying possibility of where it could all lead. Megan skilfully uses a dual narrative time-line that builds the storyline, leading me to read on and on, unable to put the book down until I reached the jaw-dropping conclusion.

Marlow is our voice from the future. 2051 to be exact – not top far away. Orla our voice from 2015. Marlow a young woman living her live on camera in some elaborate big brother world where an audience of millions can watch her daily comings and goings. Think The Trueman Show but with a sinister, darker edge to it. Marlow knows exactly what’s going on though, or at least she thinks she does until her plot involves having a baby and then things begin to go very, very wrong. This was such and engaging thriller that had a brilliantly dystopian edge that I couldn’t bare to put down. I wanted to know what happened to the Orla of the past and what it was that connected these two women. What are the fogs that Marlow witnesses the older generation suffering from and what caused them? they are obviously related to our obsession with technology but what price does Megan imagine us paying.

An outstanding debut and one that I will wholeheartedly recommend. Appealing, I would imagine, to Young Adult readers and any of us that question humankind’s obsession with social media and the smart phone technology we can now barely dare to imagine our lives without.

Thanks so much to the lovely team at HQ Stories for inviting me to take part in this blog tour and for sending me an early copy.  I absolutely LOVED it.

Megan Angelo was, until recently, an editor at Glamour magazine, and now regularly contributes entertainment-focused pieces to The New York Times, Elle, and Glamour.  She is a graduate of Villanove University and live sin Pennsylvania with her family. 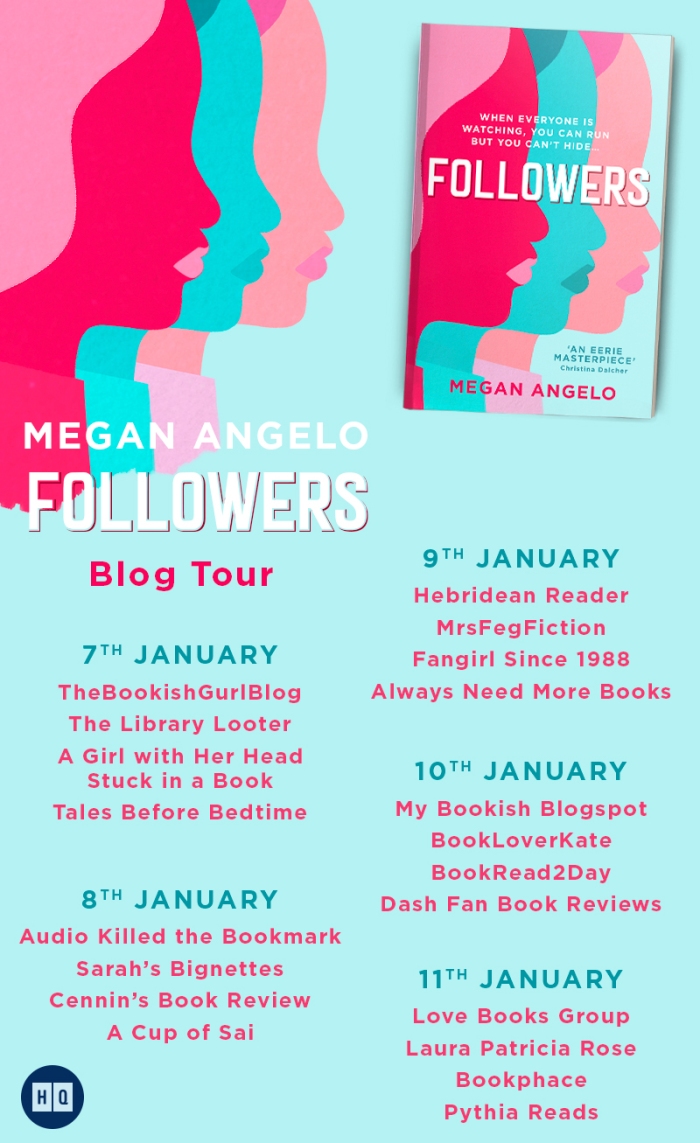 Sunday afternoon. #themurderofrogerackroyd by @officialagathachristie #amreading
Repost from @hqstories
Earlier this week I took part in the #blogtour for #freckles by @official_ceceliaahern @harpercollinsuk - You can view my full post on the blog (link in bio) but here are my thoughts on this gorgeous, gorgeous novel.
Today’s bookshop buy. ❤️ #piranesi by #susannaclarke @bloomsburypublishing
First week back at school done. I would get up but Maddie is so comfortable. #lazysaturday #caturday
#excited to read #themanwhodiedtwice by @misterosman @vikingbooks ❤️❤️