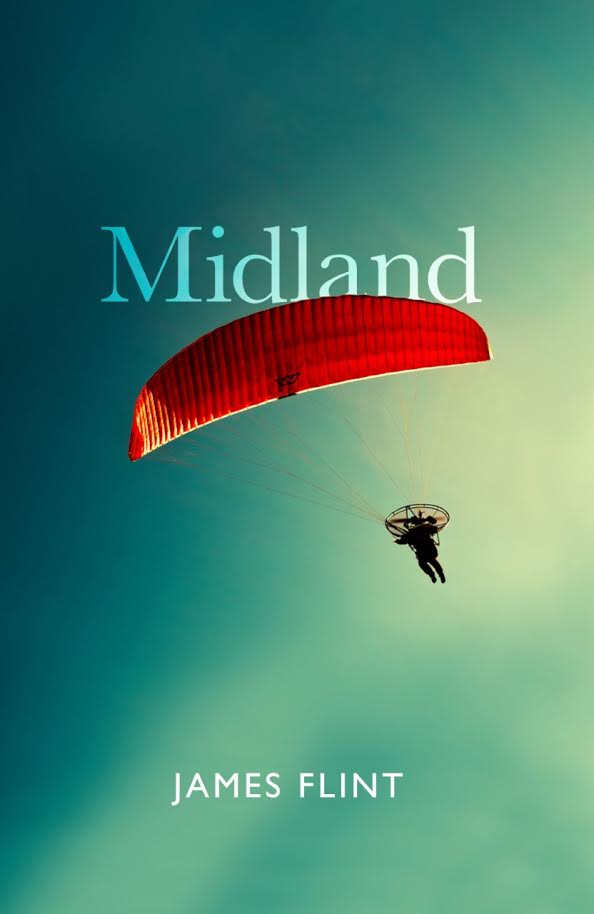 Today I am absolutely thrilled to be kicking off the blog tour for this incredible novel. Readers, may I introduce you to Midland by James Flint.

A tale of two families torn apart by the hidden debts of love, from the award-winning novelist James Flint

On his way back from a meeting one day, investment banker Alex Wold finds himself standing up to his waist in the Thames, trying to guide a lost bottlenose whale back out to the sea. Later, as he’s drying out his suit and shoes, the news comes through that Tony Nolan – his mother’s ex-husband – has died of a sudden heart attack. Alex wonders if the universe is urging him to resolve a long-running feud with his environmentalist brother Matthew, and with the Wolds and the Nolans all heading back to Warwickshire for Tony’s funeral he now has an opportunity to do just that. But he finds Matthew as angry as ever, unable to relinquish his obsession with Caitlin, Tony’s troubled daughter, whose actions force both families to take an uncomfortable journey into the past.

In Midland, the acclaimed novelist James Flint carries out a devastating exploration of what binds families together, and what tears them apart.

This is absolutely stunning.  It’s a novel to take your time over and immerse yourself in James’ beautiful writing.  From the very first chapter I was entranced.  To me this novel felt like a celebration of language and the power it has.  James has a unique voice, capturing moment, place and circumstance perfectly.  He freezes time; holds it still for us and allows us to look at it from all angles. Here is a tiny snippet from early on in the novel where we are introduced to Alex and the whale he is compelled to help.

It was a perfect January day.  The spokes of the London Eye shone with the glycerine light of the low winter sun.  Big Ben stood cold and proud above the traffic, rendered timeless by the refrigerated air.  News helicopters hovered at the old clock’s shoulders like winged familiars, their spinning rotors patiently processing the sky, almost but not quite achieving thought.  And the river shone beneath the Victorian arches of the bridges, slapping and sucking at the weedy brickwork as the tide went out, grinning and gurgling as it slowly slackened its grip.

In the midst of all this beauty the whale seemed like hope, like a conciliatory messenger sent upstream by the senate of the seas.  Here they were, the people of England, gathering to greet it, to embrace it, to send it back from whence it came with tidings of peace and love.  Festival was in the air.  People were happy and amazed.  People were good, the universe was good.  Today had become one of those rare days on which the laws of combat were suspended and, for a brief period, death was not the truth of things.

It was the image of a man and whale that drew me to the synopsis of this novel. It is an incredibly strong image and sums up the power of the story wonderfully. Secrets, homecomings and the complexities of family are woven in the landscape and James has created a novel that is both bold and memorable. It is one that I keep safe on my bookcase and will no doubt return to, it is so rich in detail that I feel I’ll always find something new amongst the pages.

The blog tour runs through until the end of the month so do check out what others are saying about Midland. I’m so thrilled to have discovered James Flint. I think he is an exciting talent and I look forward to reading more from him. Thank you so much to Anne Cater for inviting me to be part of this blog tour.

Born in Stratford-upon-Avon in 1968, James Flint is the author of three novels and one book of short stories. In 1998 Time Out magazine called his first book, Habitus, “probably the best British fiction début of the last five years,” and when it was published in France it was judged one of the top five foreign novels of 2002. His second novel, 52 Ways to Magic America, claimed the Amazon.co.uk award for the year 2000, and his third, The Book of Ash, won an Arts Council Writers Award and was described by the Independent’s leading literary critic as “a bold British counterpart to DeLillo’s Underworld.”

In 2002 his short story The Nuclear Train was adapted for Channel 4 television; he has had a long involvement with Port Eliot Festival and curated the film tent there for several years; and his journalism has appeared in The Guardian, The Daily Telegraph, The Observer, Sight & Sound, Time Out, The Times, The Independent, Arena, The Economist, Dazed & Confused and many others. From 2009-2012 he was Editor-in-Chief of the Telegraph Weekly World Edition, and he is currently the co-founder and CEO of the health communications start-up Hospify.